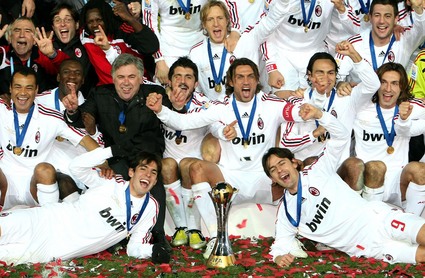 I would have predicted that this match would end 0-0. How wrong I was. The two best club sides in the world (hmmm) scored six goals between them in a very open and entertaining game.
Pippo Inzaghi, who else, scored twice for Milan in front of a crowd of 68,263 in Yokohama, Japan, while man-of-the- match Kaka, who else, and defender Alessandro Nesta got the Italian club’s other goals.
Photo Getty Images
Watch the highlights after the clickâ€¦