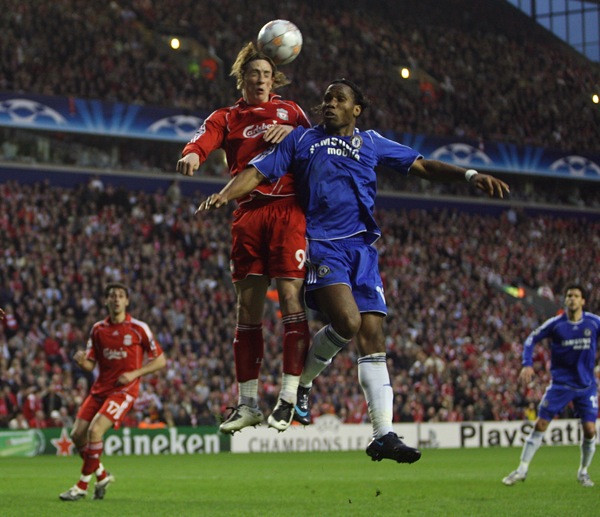 This is just a hunch, but I am about to bet real money that both Didier Drogba and Fernando Torres will be playing in the sky blue of Manchester City next season, with Emmanuel Adebayor (definitely) and Carlos Tevez (possibly) nowhere to be seen at Eastlands.

Why? It seems clear from body language and words that Drogba wants a new challenge before he gets too old (he looked bemused at being taken off at Eastlands by Ancelotti), and City would pay him shedloads for a couple of seasons at least.

Ditto Torres, who by several accounts is very upset because Liverpool made promises to him about new signings that have not been kept. The Anfield club’s status and ambitions no longer match that of the Spaniard, who apparently feels like he was tricked into staying on Merseyside. Don’t shoot the messenger: that’s just what I hear.

I don’t say this to upset Chelsea or Liverpool fans, merely because I think in the light of City’s current forward roster and their enormous wealth, a double on Drogba and Torres to sign for City by the start of next season is a decent ‘hunch’ bet. I for one will stick a tenner on it and sit back…

I can also see Tevez ending up at Chelsea next season, with Adebayor somewhere in Serie A (one of the Milan clubs, I guess).