This month Pies will look at each Premier League club and what they need to do in the January transfer window to improve. First up, Arsenal: 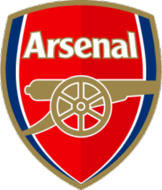 Current league position 1st
Squad health Arsene Wenger claims to be happy with his young squad, and so I doubt Arsenal will do any serious business in January. Kolo Toure will be missed when he goes to the African Cup of Nations, but as long as William Gallas stays fit, that area should be covered sufficiently. The Swiss pair of Philippe Senderos and Johan Djourou (back from loan at Birmingham City) will relish the chance to fight for the right to deputise for Toure alongside Gallas, whilst Gilberto Silva can also play at centre-back. Elsewhere, the squad looks strong.
More after the jumpâ€¦

Who will arrive? No big names. It’s much more likely that Wenger will bring in some 18-year-old player that we’ve never heard of. Marseille’s prodigious youngster Samir Nasri is reportedly on Wenger’s shopping list, but that is more likely to be a summer transfer.
Who will leave? Jens Lehmann could yet strop off to Germany at the last minute, but I have a feeling he’ll stick around until the end of the season. Many Gooners would like to see the back of Emmanuel Eboue, but Wenger would not ditch such a versatile player.
Predicted finishing position 2nd â€“ like most judges, I think Man Utd will have too much experience and quality for this Arsenal side. Their time will come.