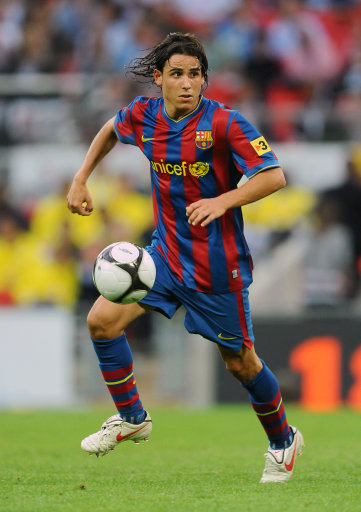 Manchester City are hopeful of securing the signature of former Barcelona starlet Gai Assulin, after the 19-year-old Israeli flew in to England to undergo a medical at Eastlands this very morning.

Assulin, who was apparently once dubbed the ‘new Messi’ by Barca’s youth coaches, is a free agent after having his contract at the Spanish champions cancelled by mutual consent – and therefore is able to join City as soon as he passes his routine physical examinations, although the promising midfielder has already failed one round of tests at the club.

Should he sign up, Assulin would be unable to play in the Premier League (due to the 25-man squad limitations) and would more than likely be sent immediatly out on loan to help sustain his fitness.

If he really is ‘the new Messi’ (Barca wouldn’t lie to us, would they?), then this represents quite a coup for Mancini’s men – wouldn’t you agree?