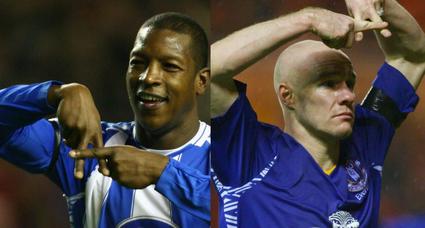 The three-fingered ‘A’ salute being flashed around as a goal celebration has created a bit of a murmur. Is it a secret Premier League cult? Are footballers gradually learning the alphabet? When Wigan defender Titus Bramble used the celebration against Liverpool the plot thickened. Does it stand for ‘At last I’ve scored for my team instead of the opposition’?
Apparently not. The organisation behind the celebration has now come clean. The salute is in support of the A-Star initiative, which was co-founded by QPR defender Fitz Hall and Everton’s Andy Johnson. The group’s motto is ‘every child is a star’ and it intends to encourage youngsters to shun crime and drugs and uncover their talents. Leighton Baines, Marcus Bent and Micah Richards are among the players backing the campaign. Click here to find out more.