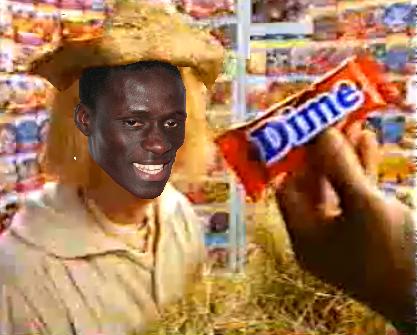 “They’re smooth on the outside, crunchy on the inside…”

Arsenal are being linked with a £3 million January move for promising Tromso midfielder Kara Mbodj, who has been earning rave reviews from the Gunners’ chief scout Steve Rowley.

Mbodj, who can also operates in defense, is a graduate of former Arsenal great Patrick Vieira‘s Daimbar Academy (meaning ‘Warriors’ in Wolof, rather than a reference to any popular brand of almond-based confectionery) in Senegal and Rowley is said to have been diligently monitoring the 20-year-old’s progress since he joined the school in 2008.

Arsenal are now due to step up their chase for the 6’3″ holding man, after watching him enjoy an impressive start to his career in Norway and – if he comes with Vieira’s seal of approval – he may just be worth a bit of a gamble!