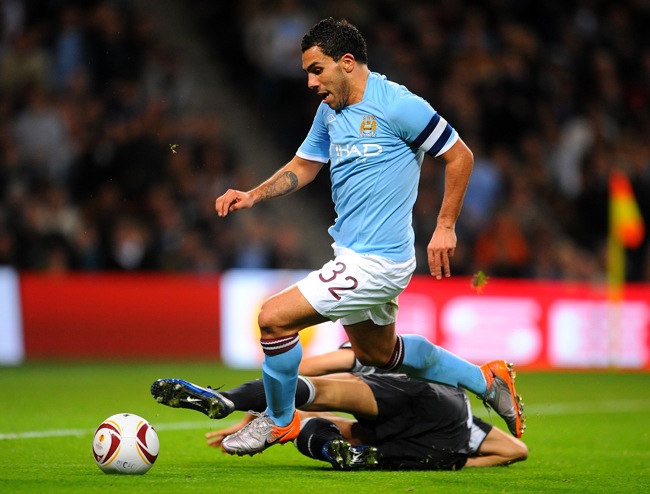 You’re never quite sure when Carlos Tevez is going to issue an outburst against his employers. For that reason, Barcelona haven’t ruled out a January move for Man City’s volatile captain, who had a bust-up with manager Roberto Mancini only last weekend.

According to Catalan newspaper El Mundo Deportivo, Barcelona want to add a striker to their squad in the next transfer window, with Carlitos at the top of their shopping list, in front of younger forwards such as Ajax’s Luis Suarez and Lille’s Gervinho (who is, if I may paraphrase Andy Gray, “some player”).

Still, I can’t see that City would sanction such a move, unless Tevez really fell out with Mancini.