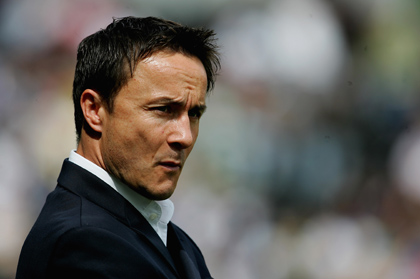 Now that Newcastle have gone down the continental route and made the surprise decision of appointing Dennis Wise in a Director of Football role â€“Â will they bring the club more success?
A few clubs including big names such as Chelsea and Spurs have adopted this approach, which basically employs someone as a buffer between the manager and the board â€“ but, more often than not, it seems to end in tears.
Apparently, Keegan doesnâ€™t have a problem with the new set up at St. James Park â€“ but do directors of football work in the English game?

The theory is that the manager can look after the team tactics, fitness and selection while the director is responsible for scouting new players and the budget, which determines what players can be brought in and how much they will earn.
Wise will apparently be responsible for looking at players before passing negotiations to another member of the board, although Keegan apparently has the final word.
Quite often the director of football will have a say in appointing the manager, which promotes support from within the club and makes the director responsible to some extent for the success or failure of the manager. Notably, this hasnâ€™t happened at Newcastle where Wise was brought in after Keegan.
The biggest advantage is said to be a tighter control of finances and thatâ€™s definitely something thatâ€™s been missing from previous Newcastle regimes. But, the biggest pit fall is preventing the manager and director from interfering in each others roles â€“ either suggesting unsuitable players or trying to influence the team.
This is usually the reason for the relationship breakdown as weâ€™ve seen at Chelsea, Tottenham and Portsmouth to name a few clubs.
It seems to work in places like Spain and Italy â€“ but do Premier League clubs like Newcastle need a director of football?