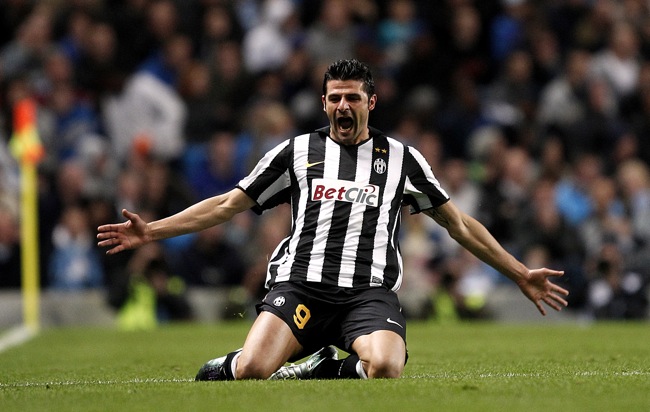 The agent of Juventus’ Vincenzo Iaquinta, one Andrea D’Amico, claims that Spurs are keen on signing the 30-year-old centre-forward.

D’Amico said: “Vincenzo is being tracked by several clubs — including Tottenham — who have been interested in the player for a long time.”

If, as rumoured, Robbie Keane has had a bust-up with Harry Redknapp, then Iaquinta’s chances of securing a move to the Lane would improve dramatically – though Iaquinta is nothing like Keane in terms of playing style, and I’m not convinced he’d be a successs in the Premier League; he is capable of scoring good goals, but he’s hardly a goal machine and he’s not particularly quick either.

Thanks Andrea, but we’ll pass.