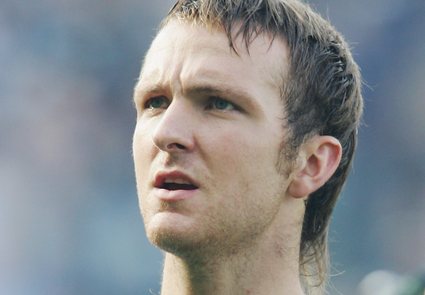 Yesterday’s bore-fest of a transfer deadline day could be the last of its kind. Now everyday is transfer deadline day! That is a slight exaggeration, but a landmark ruling by the Court of Arbitration of Sport yesterday has changed the face of football completely. While the nation was busy keeping tabs on Grzegorz Rasiak’s switch from Southampton to Bolton, the Court ruled that former Hearts player Andy Webster could buy out his contract and move to Wigan Athletic.
The ruling effectively means the end of big-money transfer fees. Take the case of Cristiano Ronaldo whose five-year deal at Manchester United is acknowledged to be one of the tightest in football (even Real Madrid say so). But three years into his deal Ronaldo will be able to move to Real for around Â£10 million under a contract buyout – bargain basement. FIFA can impose a slight increase on the fee, but this is still an important decision.

The ruling could have a serious impact on lower league clubs. No Premier League club is going to be paying Â£5 million for a Championship player, as we have seen this season, when a player can be bought for two years’ wages.
Sepp Blatter is worried. He said: “The decision which CAS took is very damaging for football and is a pyrrhic victory for those players and their agents, who toy with the idea of rescinding contracts before they have been fulfilled.”
What do you think, Pies fans? Is the ruling going to ruin football’s financial system or is it just a case of footballers getting the same rights as people in every other profession?