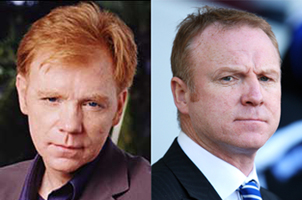 Both strikers are playing their part in the transfer windowâ€™s most protracted saga â€“ Portsmouth sold Benjani to Man City to fund a deal to bring Defoe from Spurs, but it now seems that Defoe is only on loan while â€˜last-minute complicationsâ€™ have prevented the Zimbabwean from joining City.
Both are said to command a transfer fee of around Â£8m and while Defoe has long been considered one of the finest natural goal scorers in the league, Benjani has confounded his critics with 12 goals this season making him the third highest scorer in the Premier League â€“ but which one would you prefer in your team?
Click through to vote.