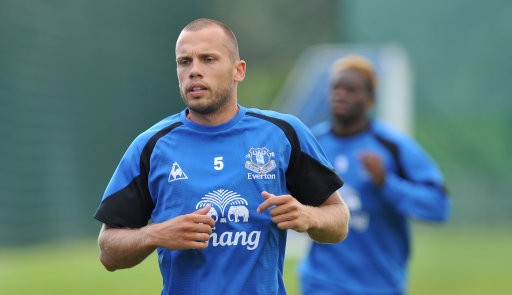 Despite only joining the club a year ago, Everton defender John/Johnny/Jenny Heitinga has admitted that he would jump at the chance to join Bayern Munich in the January transfer window, upon hearing of their reported interest last week.

“It’s hard for me to say how serious the reported interest is at the moment. I know that Bayern haven’t approached Everton yet and they haven’t contacted me either, although I have to admit that I feel flattered that I’m being linked with a big club such as Bayern Munich though.

I’d definitely be interested in joining them. They play Champions League football and I’m still eligible to play in the competition, since we don’t play European football with Everton.

Every footballer wants to reach the top and I’m already 27-years-old. So this could be the right moment. You never know what will happen, especially in the world of football.”

Well, that was nice while it lasted.