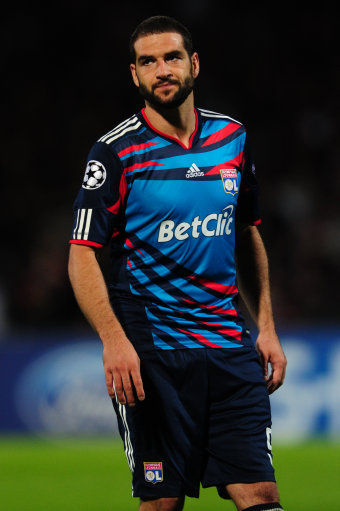 Such a beautiful kit to leave behind

Both Liverpool and Tottenham are being linked with a move for Lyon striker Lisandro Lopez this morning, with the Daily Mirror suggesting that the French side would be willing to offload the 27-year-old Argentinian in January should they receive a bid of £14 million.

The rumour has been doing the rounds for a couple of days now, but the fire has been stoked by the fact that the striker himself has apparently admitted that he is now keen to leave Lyon after falling out with president Claude Puel – although, rather unsurprisingly, no actual quotes from either party are forthcoming.

Liverpool fans will remember Lisandro fondly as the man who scored the 90th minute equaliser against them that effectively knocked them out of last season’s Champions League.