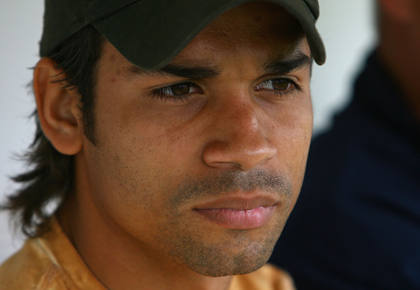 It doesnâ€™t matter which team you support, any real football fan who saw the images of Eduardoâ€™s sickening injury against Birmingham will feel for the Arsenal striker.
The reaction of Arsenalâ€™s players told the story of how bad the double break was and it was only the quick thinking of medical staff that prevented the poor guy from losing his foot.
The naturalised Croatian had just started to adapt to life in the Premier League and was in a rich vein of goal scoring form prior to the unfortunate injury, which means he will miss the rest of the season and most likely this summerâ€™s European Championships.
Practically everyone in football has offered Eduardo their sympathy and it will be these messages that could help him come through the darkest time in his football career. So, please take your time to leave a message of goodwill for Eduardo and weâ€™ll make sure they are printed out and sent to him with a card next week.