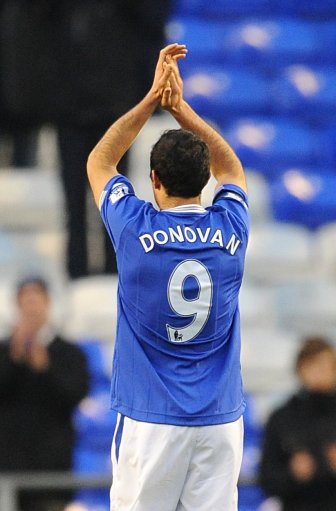 LA Galaxy forward and deadpan virtuoso Landon Donovan has admitted that he is pining for a return to Everton when the January transfer window ‘slams open’, after spending a couple of successful months (ten Premier League games, 2 goals, 3 assists) on loan at Goodison Park last season.

“It would be hard to say no. I really hope that, if it’s not this year, I get to go back there and play again. But if you asked me now, I would lean towards a little more uncertainty.

Last time when David Moyes called I was extremely excited about it and I just have to make sure that I get the appropriate rest.”

With Australian international Tim Cahill set to miss a large chunk of January through his involvement in the Asia Cup, and Everton never seeming to have more than 12 fit players at any one time, the re-signing of Donovan doesn’t sound like a bad idea, now does it?