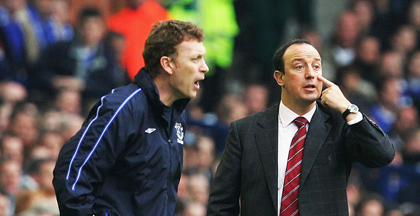 The race for fourth place is on between the two Merseyside clubs with Everton three points clear of Liverpool, although they have a game in hand.
While Rafa Benitez has been enduring his worst season at the club, David Moyes has been working miracles down the road â€“ would he do the same if he was with the reds instead of the blues?