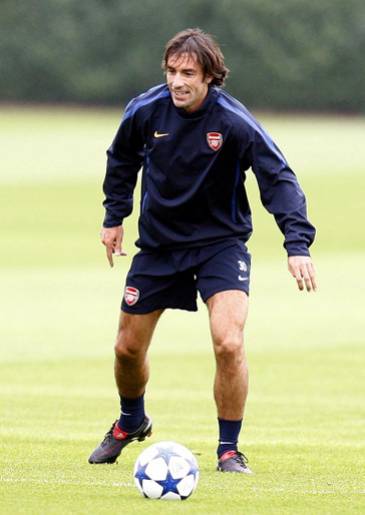 Pies brought you photos of 36-year-old Robert Pires training with former club Arsenal earlier in the week, but manager Arsene Wenger was quick to refute rumours that the veteran French winger was about to be handed a short-term deal with the club (a la Sol Campbell).

However, Blue Square Bet Premier side Crawley Town are believed to have opened talks with Pires, with an eight-month contract being mooted by BBC Sport – although a few ‘showpiece’ appearances a far more likely.

Crawley have been spending big in order to bring league football to the Broadfield Stadium and, after being handed a ‘massive cash injection’ by owner Bruce Winfield, have already broken the non-league record transfer fee by shelling out £250,000 for York striker Richard Brodie.