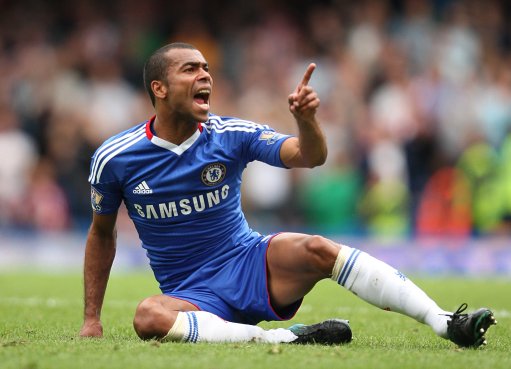 Chelsea left-back Ashley Cole has revealed that he flirted with the idea of leaving the club over the summer in the aftermath of his stupid divorce from his stupid wife, and was only persuaded to stay after manager Carlo Ancelotti had suitably fluffed his ego.

It was hard for me in my head. It wasn’t just about the football, it was more my brain and it was getting too much for me. There were times when it was really hard. I did think about leaving but, of course, when I spoke to Ancelotti he made it clear he wanted me to stay and loved having me around.

The players didn’t want me to go. I’m glad I stayed. A lot of people were saying,’You can’t leave’. I’ve stayed now and I’ve taken the flak and hopefully I’m coming through it.

I would like to say [I’ll play on for another] four years – but you never know. I may end my career here. I’ve got good young players behind me at Chelsea and I hope one day they can get more games and one day take my place.

But at the minute I’m just taking it year by year and seeing how the body is. I’m 29 but I feel like 35 or 40. It’s hard getting up in the mornings, but I hope to have another four years and hopefully win a few more medals and win the Champions League.