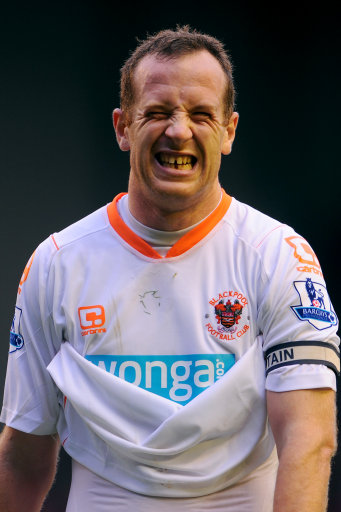 “Adam, brings it down expertly in his own box…ah”

Blackpool manager Ian Holloway has reluctantly admitted that he stands little to no chance of holding onto his influential midfielder Charlie Adam, should any relatively bigger clubs come sniffing around in January:

“I know Charlie’s a brilliant player and I have a lot of good players who, cunningly, we’re not paying a lot of money to. Others will see that and they’ll covet them and then come in.

And I won’t be able to do a damn thing – that’s why I was so vocal the other day. If Sir Alex Ferguson is like that, what chance have I got? Zero.”

Unselfish Adam brought the ball down expertly for Birmingham striker Nikola Zigic to finish from close range during Blackpool’s 2-0 defeat at St. Andrews over the weekend, but Holloway refused to blame the Scot for his mistake:

“Charlie won’t dwell on that mistake. He shouldn’t apologise, he didn’t apologise to anyone after banging in 19 goals last season. There will be a few out there who are jealous that we’ve got him. I’ve just got to mark him in our box – he’s a bit too dangerous near our goal!”