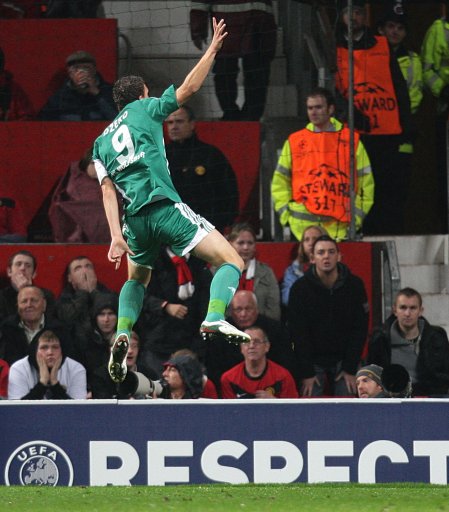 According to this morning’s Daily Mail, Manchester City are in a bit of a tizzy after ‘missing out’ on Wayne Rooney, and will therefore call Wolfsburg back to the negotiating table in a bid to wrest £40 million-rated target man Edin Dzeko (a player that the paper claims ‘represents the future of European football’) from their collective grasp, either in January or at the end of the season.

The Mail’s yarn continues speculating that, should City fail in their attempts to lure the massively over-rated Bosnian to Eastlands, they will then set their sights on procuring manager Roberto Mancini‘s ‘favourite striker in world football’, i.e. Zlatan Ibrahimovic – who is currently on loan at AC Milan from Barcelona.