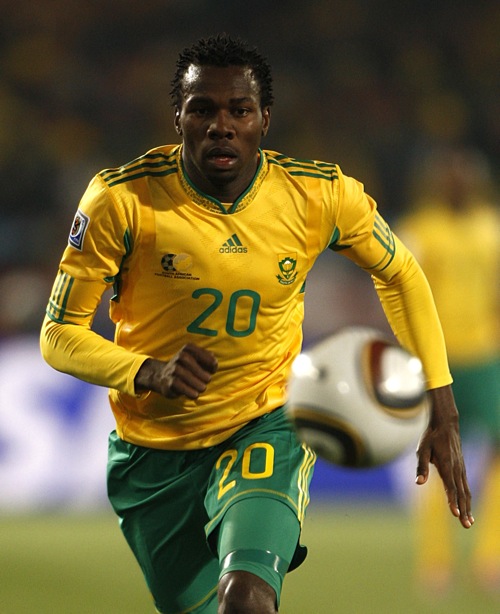 A pre-contract agreement means the 23-year-old will officially join Spurs when the transfer window re-opens in January 2011, subject to a work permit being approved.

Khumalo, who impressed during the 2010 World Cup, is raw but there’s no doubt that Spurs desperately need cover at the back.

He’s not expensive. We had him over on trial and we like him.

He’s got potential and we’ve got a tie-up with the club SuperSport so we’ve taken him on.

It will be a great chance for the kid. He’s a great lad. He comes from a poor background and he’s desperate for a chance and we’re going to give him a chance.