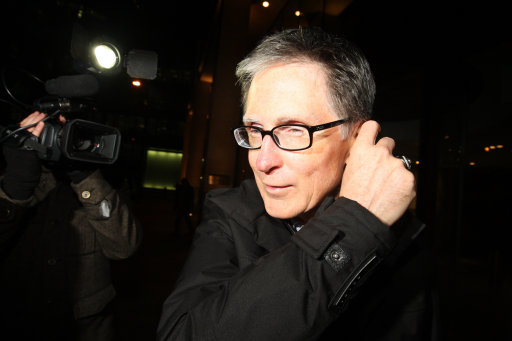 Liverpool’s new owners NESV have effectively ruled out making any big-name signings during the January transfer window after voicing their concern over the £million’s that the club has hemorrhaged in transfer fees and wages over the past few years.

Although NESV’s takeover has freed up the £36 million that was being payed monthly to service the former owner’s debt, the American franchise are keen to invest their money more cautiously than their predecessors, with former manager Rafa Benitez allowed to spluff £230 million during his six-year tenure and his replacement, Roy Hodgson, given £25 million to fritter away during his few months in charge.

NESV owner John W Henry is quoted in the Telegraph as saying:

It is uncertain just how much money NESV will make available for Hodgson during January but, by God, does he need every penny – as ‘players that don’t make long-term sense’ seems to adequately sum up the majority of Liverpool’s current squad.