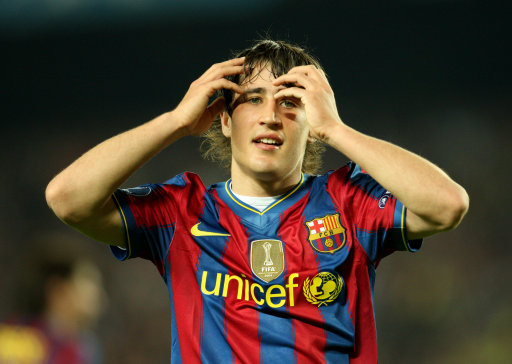 Reports are suggesting that West Ham will make an audacious January bid with the intention of luring Barcelona into parting with one of their many burgeoning starlets, namely 20-year-old forward Bojan Krkic.

After a series of impressive cameos last season, Krkic has found first team football hard to come by this campaign after Barca added David Villa to their ranks over the summer and is thought to be assessing his options at the Camp Nou.

However, both Chelsea and Juventus are said to also be interested in acquiring the young Spaniard – so it would seem that the laudably ambitious Hammers will be facing some heavyweight opposition for his signature.

Can’t see it myself. Whereas you’ve got to admire the sheer impudence of their ridiculously high sights, surely Gold et Sullivan stand no chance in fending off the big boys should Bojan decide to move on?