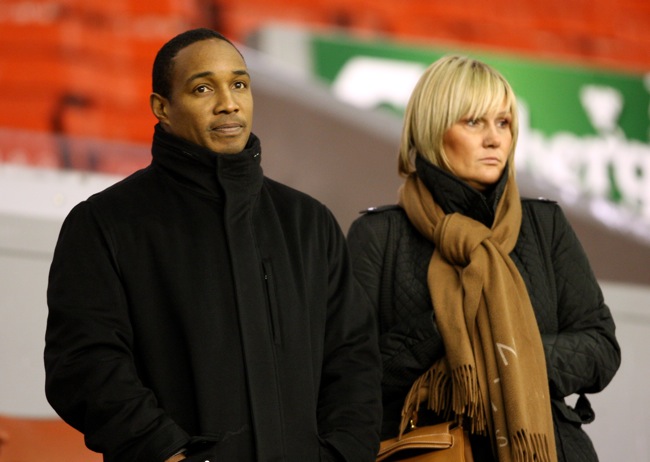 Paul Ince and his missus. You can feel the chemistry, right?

Notts County have appointed Paul Ince as their new manager. Hmm, not sure this is going to end well, but he deserves another shot, although I’m sure some County fans would prefer that it wasn’t at their club.

The Guvnor, who has been unemployed since ending his second stint in charge of MK Dons, replaces Craig Short, who left the club on Sunday.

“Paul has a wealth of experience as a player and a solid track record as a manager in the Football League, making him the obvious choice for me,” chairman Ray Trew (a solid, old-school chairman’s name, that) said.

“There were a number of high-calibre applications for the position and it was encouraging to see just how attractive a proposition managing Notts County remains to some very prestigious names in the world of football management.

“However, when we met Paul it quickly became clear that he was the ideal candidate – he’d done his homework, had some big ideas and was ready to get stuck in straight away.”