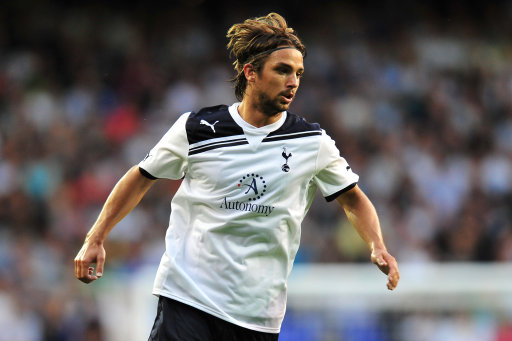 After finding himself reduced to a bit-part player at Tottenham this campaign, midfielder Niko Kranjcar has admitted that he is now considering moving on in search of first-team football – although he remains adamant that his priority is to stay at White Hart Lane.

The Croatian, who made his first start of the season during Spurs’ 4-2 defeat at Bolton on Saturday (after making just five substitute appearances prior to that), has reiterated that he is more than happy where he is but also told Sportske Novotsi that a lack of action has left him feeling ’empty’:

“I feel great at Tottenham, so if I could play regularly for my team, then my first option would be to stay at White Hart Lane. But if I don’t play much, then I will have to look for other solutions. Nobody wants to be a reserve and that goes for me too.

“I enjoy playing football, so that is the first thing on the agenda. If there is not enough space for me at Tottenham, then I will have to think about the next step in my career.

“I repeat – I feel great here, but if I don’t play every game, I feel a little bit empty.”

It seems that Gareth Bale‘s purple patch hasn’t been good news for everybody at Tottenham. Anyone else foreseeing Liverpool’s new money-men NESV bankrolling a double-swoop for both Kranjcar and David Bentley come January?