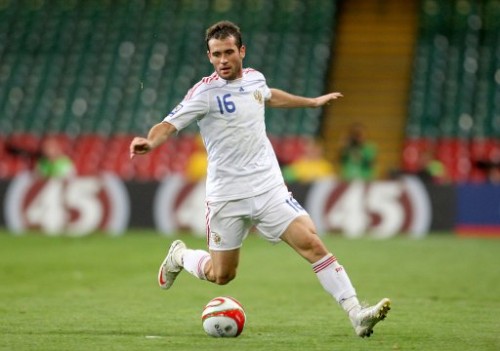 Zenit St Petersburg striker Aleksandr Kerzhakov has revealed that Liverpool did indeed make contact with his agent when the Russian was strongly rumoured to be one of the club’s principle January targets mid-way through last month.

“The talk about Liverpool is not baseless, the British club came to my agent with a proposal but I did not give an answer.

“I have other things to think about and in all respects I am happy in Russia, my team is in first place in the national championship and I have always said that I wanted to play for Zenit.

“In the case of Liverpool I will take no initiative, but I can count the fingers on one hand for the amount of clubs I could theoretically go to. This is because Zenit is playing beautiful, modern football and the club is growing rapidly. And I am here, at home.”

Considering his relatively poor age-to-wage ratio (he’s 27-years old and thought to be earning somewhere around £50,000-a-week in Russia), it’s probably safe to suggest that Liverpool made contact with Kerzhakov at some point before the sabremetric-savvy NESV took over and installed Damien Comolli as their gem-finder in residence.

As well as the sabremtric read-outs, the fact remains that the striker only re-joined Zenit from Sevilla in January and, as such, still has three years left on his contract so it would seem that any further interest on Liverpool’s part is now really rather unlikely.