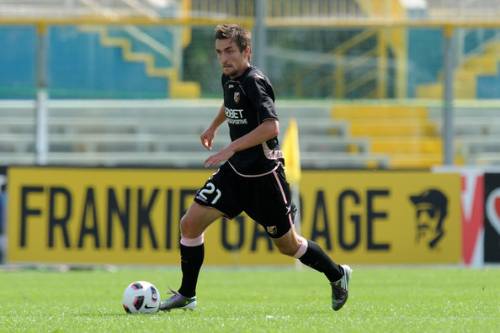 Reports emanating from Italy this morning (via talkSPORT) are suggesting that both Liverpool and Chelsea are ‘locked in a battle’ to sign Palermo midfielder Armin Bacinovic in January, despite the Slovenian only moving to the Rosanero from NK Maribor at the tail-end of August.

Bacinovic has excelled during his nine games in Italy, scoring two goals, and has already been linked with a move to AC Milan when the transfer window re-opens at the turn of the year – although it would appear that the 21-year-old is keen on a move to the Premier League.

It is thought that Bacinovic will be made available for around £12 million as Palermo are understandably willing to accept a 1000+% profit on a player they payed around £1 million for just 77 days ago.