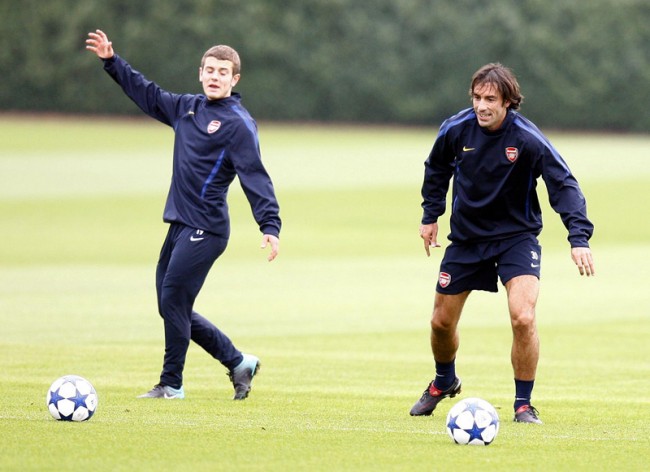 Aston Villa have confirmed that former Arsenal midfielder Robert Pires will join the club this week.

French Bob, currently a free agent following his release by Villarreal in the summer, has been in talks with Villa. He has also been training with the Gunners to help maintain his fitness (see photo above).

“I know the boss and Arsene Wenger are very friendly and I believe he’s going to join us in the next two or three days.

“It’s perfect. I am sure he will arrive at the training ground in good condition. He’s a player everyone can look up to because of what he has achieved.”