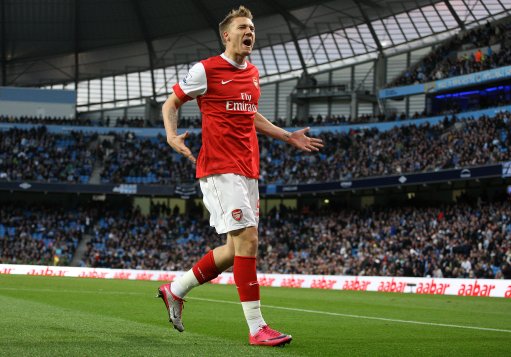 After his rash announcement last week that, though still visibly unfit, he should still be commanding a place in the Arsenal starting XI, striker Nicklas Bendtner has found himself linked with many of Europe’s elite, with Juventus said to be ‘monitoring developments’ (reading the papers?) and Bayern Munich said to have made ‘discreet enquiries’ as to the Dane’s availability.

This morning, Franz Beckenbauer (who heads up Bayern’s advisory board) has added a little aggregate to the rumours, by openly admitting that he thinks Bendtner has the ‘class and potential’ to make it at the German champions.

When asked if he would advocate Bayern making a move for Bendtner, Der Kaiser replied:

“Yes, he is among some players, who have done very well – both for Denmark and for his club, and who has got the class and the potential to play in a club like Bayern Munich, where we already have a lot of class players.”

Now, far be it from me to correct a double World Cup winning, double Ballon d’Or winning, four-time German Footballer of the Year…etc – but if there is one thing Nicklas Bendtner doesn’t have in vast supply, it’s ‘class’.