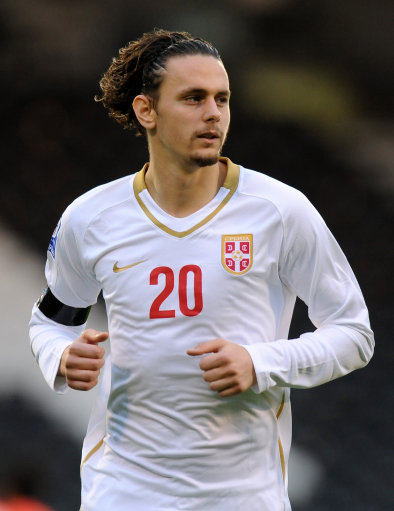 The agent of Borrusia Dortmund centre-back Neven Subotic, who is known to be a long-term target of both Chelsea and Arsenal, has rubbished rumours that the Serbian will be moving to the Premier League come the turn of the year.

Since losing defensive pair John Terry and Alex to injury, it had been speculated that Chelsea were putting together a January bid for Subotic, with Arsenal manager Arsene Wenger also rumoured to be ready to finally make his move for the 21-year-old after losing Thomas Vermaelen to a mystery Achilles setback.

However, Subotic is enjoying a Bundesliga-topping season with Dortmund this campaign, and his representative, Steve Kelly, insists there is no chance of his client leaving Germany this winter – telling Sky Sports.com:

“I am aware of the latest rumours linking Neven with a move to England, but I can categorically rule out Neven leaving Dortmund in January. Neven is happy at Dortmund and he is focused on helping them to stay at the top of the Bundesliga.”