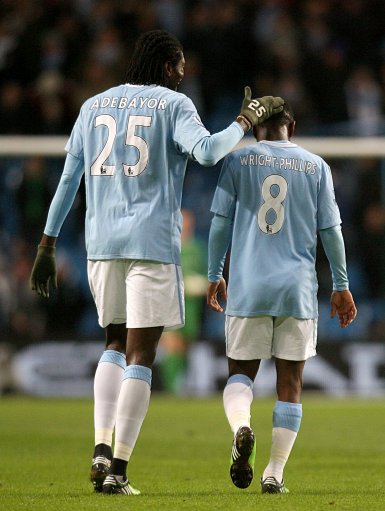 Money is meaningless in the land of tomorrow

After gathering in Abu Dhabi to discuss their January transfer plans last week, the Manchester City hierarchy have  decided that they are willing to take a £50 million hit on five players bought by former manager Mark Hughes, whilst also allowing goalkeeper Shay Given to move on for the £7 million that the club originally paid Newcastle for his services in February of 2009.

City are also willing to listen to offers for strikers Emmanuel Adebayor (£25 million from Arsenal) and Roque Santa Cruz (£18 million from Blackburn), who will be made available for £12 million and £4 million respectively after failing to find their feet at Eastlands.

Out of favour pair, left-back Wayne Bridge (£12 million from Chelsea) and winger Shaun Wright-Phillips (£8.5 million from Chelsea) have both been priced up at £5 million, whilst Brazilian no-mark Jo (£17 million from CSKA Moscow) will be allowed to leave for as little as £4 million – although they’d be lucky to get that given the minimal impact he’s had at City during his two years at the club.