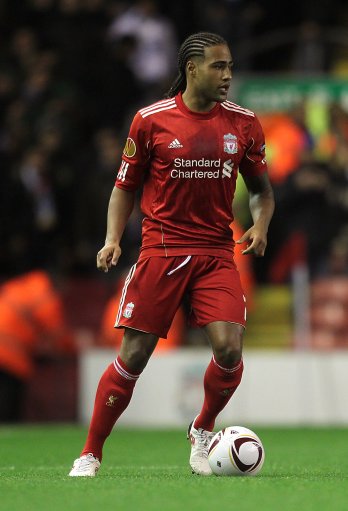 Liverpool right-back Glen Johnson has reportedly ‘told his friends’ that he wants to leave Anfield as soon as he gets the chance, and that he has his heart set on a January move to Inter Milan.

Those bastions of journalistic integrity over at Goal.com have somehow managed to snag an EXCLUSIVE! interview with the anonymous friend in question, and the revelations garnered are certainly…well, revealing:

“Glen thinks he’s going to Inter in January and wants to leave Liverpool if he gets the chance. He is more content at Liverpool than some people have suggested – but he’s not happy.

“It’s not that he has a massive problem with Hodgson, but Glen doesn’t think he rates him and was understandably angry that he was criticised so publicly.

“He thinks throughout his career he has always performed best under managers who he knows have faith in him.”

…i.e. one Rafael Benitez, who may or may not still be in charge at the Giuseppe Meazza come the turn of the year after a fairly underwhelming start to his career in Serie A.

In all seriousness, I wouldn’t be overly surprised if Liverpool’s shrewd new owners allowed Johnson to leave over the winter (for any kind of decent fee) in favour of bringing in (or possibly promoting 20-year-old Martin Kelly from the reserves) a younger right-back that actually possesses a modicum of defensive sensibility.