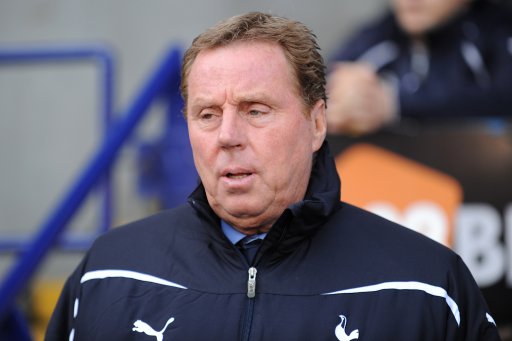 Tottenham manager Harry Redknapp seems to labouring under the belief that, with ‘one or two’ January additions, his squad could become genuine title contenders over the course of the season.

Their dramatic comeback to see off rivals Arsenal on Saturday afternoon has left Spurs just six points of the Premier League pace, and Redknapp believes his side are within a few stellar signings of closing the gap entirely:

“I am looking to bring people in this January. We need to tweak it to finish it off. There’s one or two other bits we could do, without spending a fortune, that could make a difference to the team.

“We’ve a new training ground coming, the club’s in good shape and we can go forward. Tottenham have got a title in them in the next few years. I genuinely feel that – why shouldn’t I?

“It’s there for someone to pull off a surprise and our win at Arsenal gives us great confidence.”

The Daily Mail have already got to work scouting on the old twitchbag’s behalf, and are suggesting that Spurs could be in line to tie up a loan deal for Real Madrid striker Karim Benzema over the next couple of months – although even partially matching the huge £180,000-a-week wages he currently receives for doing diddly-squat at the Bernabeu may just be enough to constitute ‘paying a fortune’.

The Sun are also adamant that Redknapp will renew his interest in West Ham midfielder Scott Parker when the transfer window re-opens, with bench-bound trio David Bentley, Niko Kranjcar and Robbie Keane all being shipped out to whomever should come calling for their services.