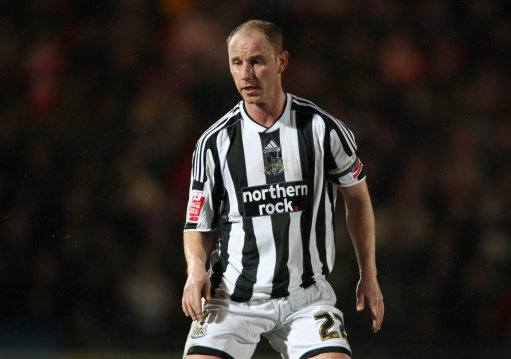 Whilst he waits for the green light to begin pursuing his coaching badges, 35-year-old Butt is considering signing up on a lucrative short-term deal, and is fully expected to put pen to paper when he travels to Hong Kong in order to discuss the particulars of the move this weekend.

There were rumours circulating that Butt would be earning as much as £200,000-a-week (the same as the Premier League’s highest-paid player Yaya Toure currently earns at Man City) during his three-month stint with South China, but the veteran midfielder insists that those figures are a little wide of the mark:

“If it was that amount of money I would be signing for four years, not three months. At this present time, it just ticks all the boxes.

“I want to go down the coaching route in future but I can’t start that until May. Hong Kong was a long way from my thoughts but I spoke to a few people about it and the length of the contract fits in perfectly.

“I have been there with [Manchester] United a couple of times and also England but it is going to be different to flying in, playing a game and flying out, which is what you tend to do.

“But when I have been there before I experienced a great warmth from the people and the place itself is amazing.”

However, when asked about his prior knowledge of Chinese football, Butt came up a little short:

“I am not going to lie, I have not been studying the Chinese League or Hong Kong for many years. It is all new to me, but I have been there two or three times and it is unbelievable how passionate the fans in Asia are.

“The football is not at the level of the Premier League but their fans still take it very seriously.”