Six rumours, but which is most likely to materialise? 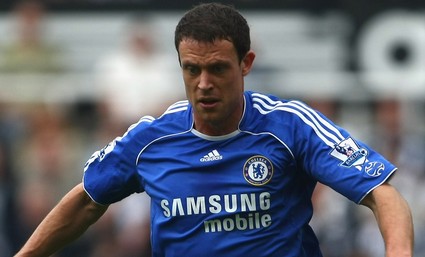 1. Wayne Bridge to Juventus
Claudio Ranieri is eager to sign Wayne Bridge for the second time in his career to rescue him from playing second fiddle to Ashley Cole. The Turin giants will battle a host of English clubs for Bridge’s signature and have made an official approach to Chelsea. [Daily Mail]
2. Marc Torrejon and Ferran Corominas to Blackburn
The Espanyol pair are currently on the receiving end of Mark Hughes’ best ‘come to Blackburn’ eyes. They are a centre-back and a striker respectively, and would command a combined fee of Â£11 million. The Barcelona club have confirmed they will sell at the right price. [Mirror]
3. Carlos Cuellar to Newcastle Utd
The big Spaniard at the heart of Rangers defence is wanted by King Kev and Co. Rangers could be set for a big return on the Â£2.3 million they paid Osasuna for the 26-year-old. [Tribal Football]

4. Andrea Dossena to Liverpool
The Reds are keen to bring in Udinese left-back Dossena. The 26-year-old would cost Â£8 million. Initial talks are already underway with the Italian international’s representatives. [The Sun]
5. Jo to Everton
The Toffees are set to benefit from the uncertainty at Manchester City by beating them to the signature of Sven target Jo. David Moyes is lining up a Â£21 million move for the 21-year-old Brazilian. The CSKA Moscow striker is part-owned by Kia Joorabchian’s group which could mean a controversial Tevezcherano-style loan move. [Mirror]
6. Sergio Asenjo to Aston Villa
Fed-up at Liverpool’s refusal to budge on their Â£10 million asking price for Scott Carson, Martin O’Neill has turned his attention to Spanish youngster Asenjo. The 18-year-old is already number one at Real Valladolid. [FansFC]