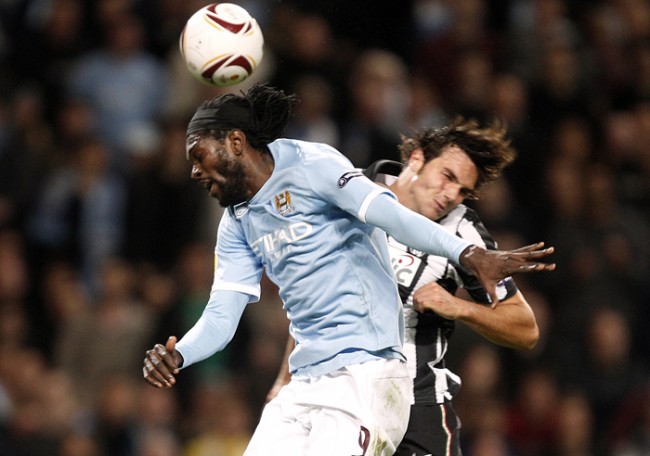 Man City striker Emmanuel Adebayor claims he will move to Juventus on loan in January.

Adebayor told Sport-Foot magazine: “I don’t know what I did wrong to Roberto Mancini, but he never makes me play.

“I can tell you that City has already reached an agreement with Juventus for a loan. I therefore expect to be able to leave.”

It’s not the first time Adebayor has been linked with a move to Juventus, but despite the player’s claims, there is a rather large stumbling block that may prevent the move from happening: Juve already have one non-EU player in their squad, in the form of Serbia’s Milos Krasic (Serie A quota rules prevent Italian clubs from having more than one player from outside the EU – until earlier this year, clubs were allowed two non-EU players). You didn’t expect Adebayor to know about that rule though, did you?

And it really is impossible to love a player who won’t keep his mouth shut.