Transfer truths or sneaky speculation from bored hacks? You decide. 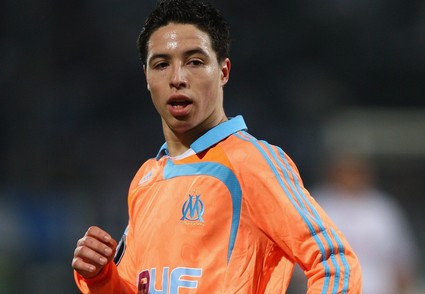 1. Samir Nasri to Arsenal
Arsene Wenger has launched an Â£11 million bid to bring the new Zidane to the Emirates. Nasri wants to make the move and the only stumbling block is Marseille’s masterplan that they might get Hatem Ben Arfa in a swap deal if they sell to Lyon instead.
2. Xabi Alonso to Juventus
Juve are lining up a Â£16 million move for the Spanish midfielder and Liverpool will be happy to move Alonso on if they secure the signing of Gareth Barry. [The Sun]
3. Nicky Shorey to West Ham
The England international left-back is on his way to the Hammers in a Â£5 million as relegated Reading generate funds to cover their ticket price cuts. [The Sun]

4. Jonas Olsson to Everton
NEC Nijmegen’s Swedish centre-back is wanted by the Toffees and David Moyes is weighing up a move. [Liverpool Daily Post]
5 Ibrahima Sonko to Stoke
The Reading bad boy will move to the Premier League new boys. West Brom are also competing for the Senegal defender’s signature. [The Sun]
6 Hossam Ghaly to Blackburn
The Egyptian claims a THIRD Premier League team want to showcase his benchwarming abilities. Tottenham are unlikely to demand a fee if Rovers take the bait. [Goal]