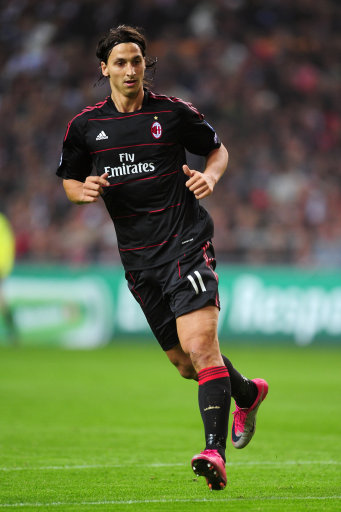 To top a couple of weeks of outrageous flirting between the two parties, AC Milan’s high-kicking madcap Zlatan Ibrahimovic has openly insisted that Manchester City striker Mario Balotelli simply must come and join him at the San Siro if the twain are to meet as destiny intended.

The pair forged a close friendship (they met through a mutual appreciation of the hyper-inflated ego) during their time together at Inter Milan, and Zlatan even travelled to Manchester with his former teammate to provide emotional support on the day he officially signed for City back in August.

Balotello has since made no secret of his desire to play alongside Zlatan again, although the Swede is adamant that can only be done at the Rossoneri – telling Mediaset:

“This summer he called me every day because I went to Manchester City with him.”

“Mario is a great player who will do well in England. I’m glad he wants to play with me, but to do it Mario must come here at Milan.

“Will I call him? No, he must call (Milan chief exec, Adriano) Galliani.”

It’s only a matter of time folks. Seven months to be precise.