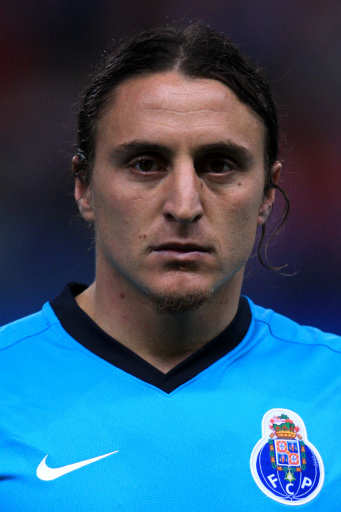 Everton are reportedly ready to buck their current (enforced) trend of overly cautious spending in order to go all out in pursuit of bringing the world’s most expensive ‘onion’ to Goodison Park.

The Toffees have been sending waves of scouts to watch Porto midfielder Cristian Rodriguez in action, who is apparently nicknamed ‘La Cebolla’ (The Onion),  not because of his papery skin or a particularly unfortunate genital defect – but because he regularly reduces his opponents to tears with his searing pace and trickery.

The Uruguayan  – who, in a certain light, brings to mind a young, unmelted Gerard Depardieu – is currently rated at around £7 million by the Portuguese outfit, but reports in his homeland are swirling that he is set to move to the Premier League in January, with a bargain £5 million price tag being mooted.