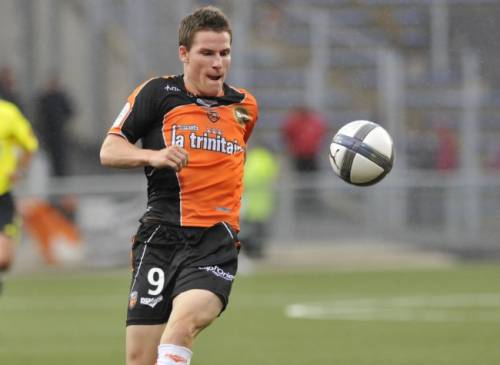 Just when it seems that young couldn’t swing a cat during an Arsenal training session without hitting a pygmy French tyro with the physique of an pre-pubescent girl, it looks like manager Arsene Wenger is intent on adding one more to his ranks.

Reports in the French media today are suggesting that the Gunners have opened talks with Lorient (from whom they signed defender Laurent Koscielny in the summer) over securing a deal that will see 5’7” striker Kevin Gameiro move to the Emirates at the end of the current season.

However, it appears that Wenger will face stiff competiton from his North London conquerors Tottenham and Italian powerhouse AC Milan in the race to procure the 23-year-old forward – so, despite being in front from the outset, it’s fairly certain that Arsenal will capitulate under the late pressure and allow Younes Kaboul to steal in and seal the deal for Gameiro in Spurs’ favour.

As an aside, wouldn’t it make more sense to give Carlos Vela a game or two first?