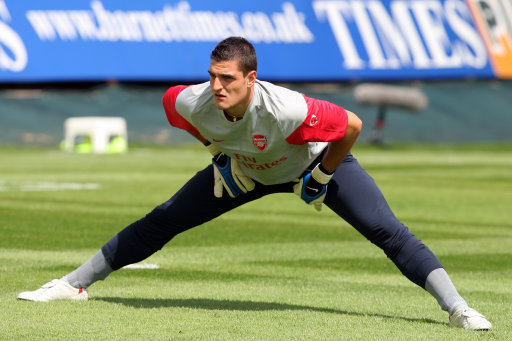 Hull’s on-loan ‘keeper Vito Mannone has said that he is open to extending his stay on Humberside past January 3rd after being ‘pleasantly surprised’ by the fact that the city isn’t quite the festering hell-hole that he was warned about by his chums at parent club Arsenal.

“If both the club and myself are still happy in January, why not? I’m settled now in Hull, we got seven points from the last three games so we need to build on this.

“I’m just beginning to see how Hull is, and I’m pleasantly surprised because people did not say so many nice things about it, but I like it – it’s at the seaside, and it’s less busy than London.

“I had to be a little bit patient before I got my chance, but in the end it has worked out, and I’ve been happy to be in the team for the last two matches.”

Partially due to a heavy, malignant alcoholic fug and partially due to having my very essence torn asunder by a poisoned kebab, I once spent the worst weekend of my life in Hull. True story.