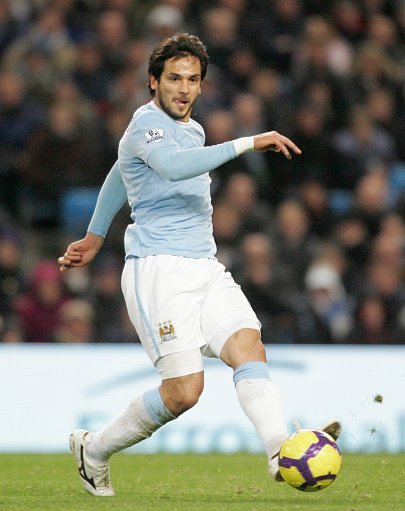 Blackburn manager Sam Allardyce is keen to bring Manchester City wastrel Roque Santa Cruz back to Ewood Park in January, but has admitted that the Paraguayan striker may be a little too pricey for the club’s new owners to pursue.

After joining from Bayern Munich for just £3.5 million in 2007, Santa Cruz proved to be a major hit during his time at Rovers – scoring 29 goals before moving on to City for £17 million just two years later.

However, he has repeatedly failed to force his way into the reckoning at Eastlands thanks to repeated knee-knackery, and is now thought to be increasingly sweet on a move back to Lancashire – if Blackburn’s new owners can rustle up the poultro-dollars.

Asked if plans were afoot to rescue Santa Cruz from his exile at City, Allardyce replied:

“Yes, I think so – there is no doubt about that. Whether players of that ilk want to come back to Blackburn Rovers and play for us, that is fine – but it all depends on the financial side of it.

“There will be some finances but whether it will stretch to the size of the sort of wages that Manchester City pay is a difficult one.

“Whether Manchester City can recoup their money or whether we can afford that player’s wages is a difficult scenario to try and get over.”

By the sound of things, City would be happy with a fiver if it meant getting a certain ridiculously handsome n’er-do-well off their books and, if Blackburn asked nicely enough, the Sheik would probably throw in itty-bitty Shaun Wright-Phillips free of charge.