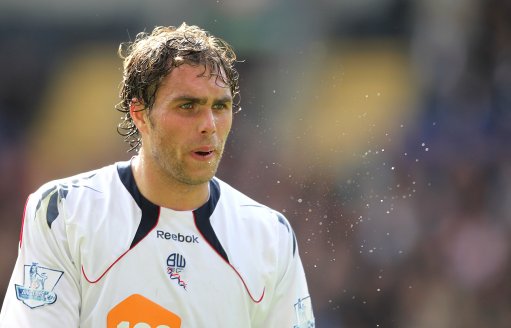 According to this morning’s Daily Mirror, Liverpool are ‘leading the race’ to sign Bolton’s rejuvenated front-man Johan Elmander, who recently turned down the chance to sign a one-year extension to his current deal (which expires in the summer) with the club.

Liverpool manager Roy Hodgson and his hobgoblin apprentice Sammy Lee went to watch Elmander in action against Blackpool on Saturday and is thought to be putting together a £5 million January offer for a player that he twice attempted to sign whilst still in charge of Fulham.

After playing like a newborn foal-on-ice during his first two seasons at the Reebok, 29-year-old Elmander has tapped into a rich vein of form so far this campaign – scoring eight goals and creating four more in his opening 15 Premier League appearance.

Can’t see it myself as £5 million for a relatively old striker who is moving into the last few months of his contract looks like a bit of a proverbial ‘square peg’ in NESV’s stringent ’round hole’ transfer ethos.

That said, on current form the Swede could certainly show Fernando ‘Just One More Touch’ Torres a thing or two at the moment.