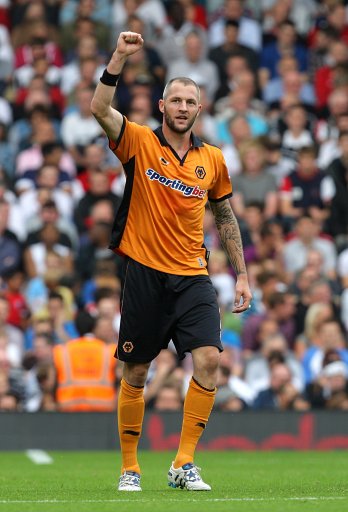 Wolves’ Belgian misfit Jelle Van Damme (middle name: ‘Maria’ – true fact!) is on the verge of agreeing a January move back to his homeland with Standard Liege, thus ending his five-month homesick nightmare at Molineux.

Van Damme has agreed a three-and-a-half year deal with Standard, with the final completion of the move resting solely on the results of a routine medical.

A statement on the Wolves site reads:

“We can confirm that we have agreed a deal for the transfer of Jelle Van Damme to Standard Liege subject to the paperwork being completed over the next 48 hours.

“Once the deal goes through Jelle will leave us with immediate effect, but will not be able to play for Standard Liege until the transfer window re-opens on January 1 and international clearance is granted.”

According to initial reports, Wolves have managed to recoup all of the £2.5 million they paid Anderlecht for Van Damme in late June – so at least it’s not a complete tram smash on their part.