Portuguese trickster claims to have signed for a “big club” 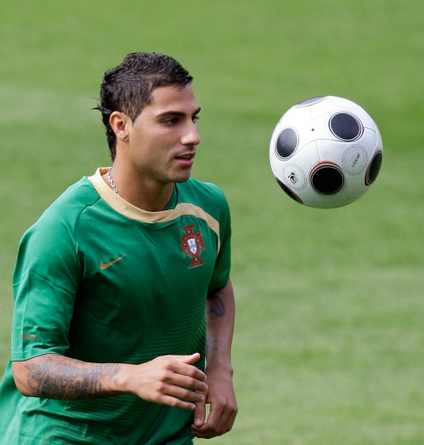 With Porto out of next season’s Champions League – Uefa suspended them in the wake of allegations of bribery in 2003/04 – it seemed inevitable that Ricardo Quaresma would look for a big-money move to England, Spain or Italy. It looks like his wish has come true…
“I have signed for a big club but I cannot say more than that,” the Portuguese winger has been quoted as saying.
Which big club could this be? Let’s look at the main options…

Chelsea With Felipe Scolari due to take charge next month, every Portuguese-speaking star will be linked with the club, including Quaresma. But I can’t see that managerless Chelsea would splash the cash right now, unless Scolari had a say behind the scenes.
Liverpool Rafa Benitez has reportedly long admired Quaresma, and Liverpool do need more class out wide. If I was Benitez, I’d bust the bank trying to sign Franck Ribery, not Quaresma.
Inter Milan With Jose Mourinho in charge, the odds on Queresma ending up in Milan look high. Mourinho managed him at Porto, so knows him better than most. Inter would be my bet.
Real Madrid If they can’t get C-Ron, perhaps they would settle for Quaresma? I don’t see it somehow.
Which “big club” do you think Quaresma is talking about?