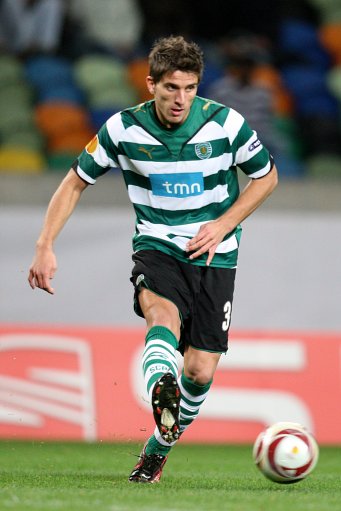 What with Manchester City currently being sh*tted up with over-paid, under-played footballers of every conceivable ilk, it’s fairly understandable that most of the recent City-related transfer gubbins is in reference to an imminent exodus or clear-out of some kind.

That said, the Daily Mail are bucking the trend this morning by actually linking Roberto Mancini‘s side with an actual acquisition, albeit not a very high-profile one.

The Mail seem certain that City have ‘opened talks’ with Sporting Lisbon over their £12-million rated captain, 22-year-old centre-back Daniel Carrico – a player that the Premier League side have apparently been watching extensively for over a year now.

The paper also speculate that Mancini and co. officially turned their sights on Carrico after baulking at the £25 million price tag they were quoted by Benfica for their ridiculously over-valued Brazilian defender David Luiz.