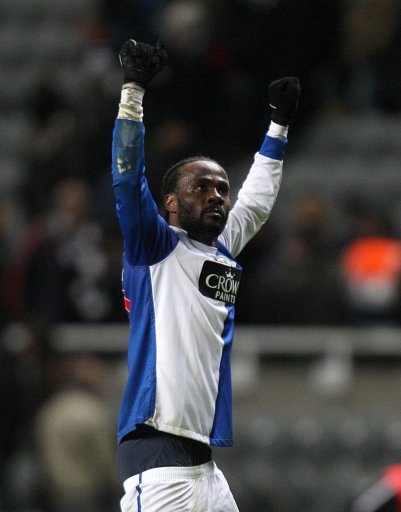 Blackburn have told loyal stalwart and bona fide club legend Pascal Chimbonda that he can leave in January after deciding not to renew his contract, which expires at the end of the season.

“We are not going to renew Pascal’s contract. His determination is to find a new contract, and we feel for both concerned parties that it is better to let him see what he can get in January.”

Chimbonda really does suck big, swinging fuzzy donkey balls these days. West Ham it is then!