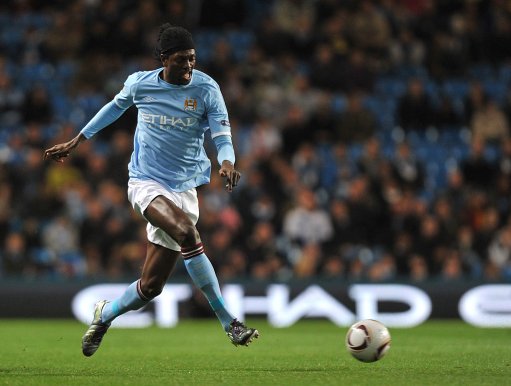 Tottenham supporters the world over are waking this morning to news that is sure to warm even the chilliest of Cockney cockles – it looks increasingly like Manchester City wastrel Emmanuel Adebayor will not be moving to White Hart Lane come the turn of the year.

There were strong rumours that Adebayor, unhappy with his peripheral lot at Eastlands, was keen on forcing a move to North London with Spurs said to be exploring the possibility of taking the striker on loan in January.

However, manager Harry Redknapp has moved to distance the club from the swirling speculation – telling talkSPORT:

“Absolute nonsense. I’ve never made any enquiries for Adebayor whatsoever. I keep seeing in the papers that we’re after him. I’ve never ever asked about him or enquired about him.”

I can almost hear the collective sigh of relief from here.