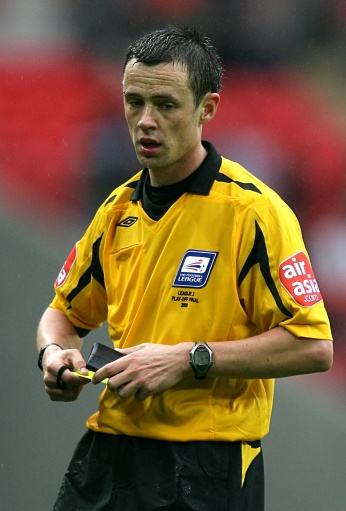 You know you’re getting old when policemen and doctors are younger than you. I thought I was safe with Premier League refes though. Not any more. The Prem has just appointed 25-year-old Stuart Attwell to its list of elite officials, making him the youngest ever top-flight ref in England. That makes him younger than most players in the Premier League. Madness gone mad. Still, if he’s a good ref, who cares how old he is?
Premier League referees’ czar Keith Hackett praised Attwell in a recent interview with BBC Sport: “Last season week-in week-out he produced consistent, high quality performances… Under pressure he remained calm and showed a great deal of maturity when managing players.”
God, I feel old.