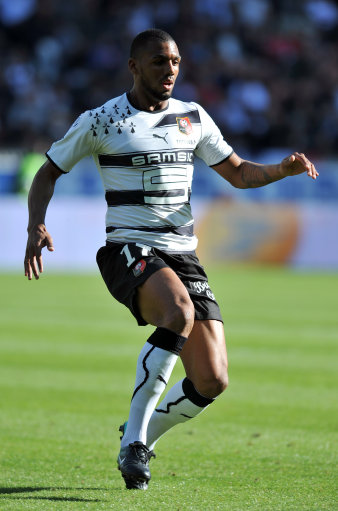 According to several Spanish sources, Real Madrid have moved ahead of Liverpool in the race to sign Rennes’ £13 million-rated scrapper Yann M’Vila in the summer – with the move rumoured to be primed to set off a eight-club ‘transfer chain reaction’ should it go through.

Firstly, Liverpool themselves will respond to the snub by taking unwanted holding man Lassana Diarra off Madrid’s hands, with either West Ham, Bolton or Sporting Lisbon also taking advantage of Los Blancos over-stocked midfield ranks by securing a season-long loan deal for highly-rated 19-year-old starlet Sergio Canales – who has managed just 94 minutes of football during his debut season at the Bernabeu.

But wait, we’re not finished quite yet. Tuttomercato are also suggesting that, with Lass Diarra in place at Anfield, Juventus may try their luck in acquiring £6 million-rated Lucas Leiva, thus freeing up former-Liverpool man Momo Sissoko to join Aston Villa in a £7 million deal.

Sensational stuff, you’d have to agree. Shame it’s all probably utter cobblers – though Canales to Bolton would be an exciting (and not too far-fetched) coup for Owen Coyle‘s regenerated collective, should the opportunity arise.